skip to main | skip to sidebar

A Mom Takes on Behavioral Disability: A Conversation

I had a call from one of my friends this week and she allowed me to share it with you:

Well, it happened again. Mr D was outside playing with a couple of kids and before you know it he was off at a dead run down the middle of the road. I end up chasing him down the street or intervening in some other totally inappropriate behavior at least 3 times every day...

Oh, it's a lot of work all right. But that's not what I hate about it. Running and intervening I can do. What kills me--and I talk with my husband about this all the time--is the response of the people in our neighborhood--or at the store or anywhere. The looks and the judgment--this is the hardest thing I have ever done.

Even the kids. I know when they hear the "R"word it's Mr D's face they see. They don't know him. They don't see how much he has developed over time. No one knows what he gains from being out in the neighborhood. And homeschooling keeps him separate too.

What does he gain?

I have a choice with Mr D: building his own little world away from everyone or teach him to live in the world. But I can't teach him ABOUT the world--I have to teach him in it. And I can't just teach him compliance--he needs to make good choices not just be controlled. He is learning 'always' and 'never' and practicing choices and what is expected...

He is still a child, still developing. And we are alone working for his progress. Believing in it.

What they don't know, what no one knows is that after 500 or 5000 or 30,008 repetitions he will learn. He does learn. He will stop running in traffic, entering homes, being inappropriate. He will grow into better interactions. No one sees his potential. He reads at grade level, he does math in his head--no one knows that. They see his behavior and see only limitations without hope--that he will never change.

If I could send him to school without restraint and without seclusion he would go back tomorrow. But I can't and what would he learn from that? My husband and I can't sign off on that. Our income is affected--our life has a very different focus, but that's the way it is.

No one can see potential through his behavior. no one can envision a life of independence--adventure--worth.... They see where he is now. They think it is too difficult to build something better--with what we have. They want compliance before they will invest in him. They have a vision of compliance with maybe some life-skills thrown in.

They see his behavior as a barrier--I see it as motivation. I take it on because no one else can. Or will.

He is not "other" and our family is not "less" just different. And everyone's low expectations and expressions of non-faith weigh me down. Everyone judges.

Optimism. Expressions of expectation--looking for success. Recognizing success. Questions--asking me what I think Mr D is learning. Acceptance.

I notice that when many people talk about the personhood and rights of people with disabilities they seem to almost exempt those with behavioral issues. I think people have a hard time thinking new ways about these issues. I think my friend and her family exemplify these beliefs. Though it is not easy and goes against the tide in so many ways, they do not let go of their belief in their son.

(My friend requested a picture of Madonna boxing, but I had no luck... any ideas???)
Posted by Terri at 9:08 PM

Yes, this is SO true. I find day-by-day that it is the behavioral issues, not the intelligence ones, that limit Ricki in so many ways. But unfortunately there are so many staff people who don't believe in (or are too lazy to carry through) methods to teach correct interactions. (And plenty of parents as well. (I admit that I am also guilty sometimes of taking the easy way -which in the end is hard).

Wow.... that is so well said- and so true. It's amazing to see how many people will judge and dismiss my little guy without even giving him a chance to show them how amazing he is.
His behavior repels most children and homeschooling has only added to this isolation, but we know that for now it is the best option for him.
And it's unbelievable to me how many websites for children with disabilities do not acknowledge behavorial issues as a disability. Almost as if the whole disability community shuns these children as well. It's just so sad.

Thanks for sharing this with us!!

I think a lot of people (including in the disability community, unfortunately) think behavioral disability is about doing or choosing to do "bad things."

Which just made me think of literary/film representations of "bad" children (from Icarus to Slovenly Peter to the kids from "Charlie and the Chocolate Factory," etc). And though I need to *totally* look at this more, a lot of fictional stories about children who "don't behave" assume that 1) they should darn well be able to, and should be punished if they don't, or 2) if they truly can't, they should be destroyed/gotten rid of (e.g. Damien in "The Omen," the murderous little girl in the film version of "The Bad Seed").

I watch *way* too many movies, I know.

I completely think of behavioral issues as a disability. Good grief, it's a major disability -- I'm stunned people don't see that. And to be that child's mom is a hard, hard thing, emotionally, physically and in every way. Check out That Went Well, a memoir written by a woman discussing caring for her disabled sister and who has become a real advocate for people with mental disabilities. The family had to rally the community and the state to act on behalf of all children with special needs. It's a really honest memoir and should be a guide for those people who hand out well-meant advice to parents of kids with special needs. It really opened my eyes, that's for sure.

RivkA with a capital A said...

(I found this post via a link on Beneath the Wings, Ricki's Mom)

behavioral issues sometimes hinders us to do what the moral thinks is right. I remember a book report in which he stated the same thing about behavioral disability.

Thank you all for stopping by. My friend appreciates your kindred spirits. It is a tough row to hoe... good to know there are others who believe in potential for all (including those with behavioral disabilities.)

Interpersonal relations are like custom writing You should do it by your own in order to have everything done properly. It is necessary to find the problems within the behavior and not in intellectual skills. This is when I agree with ‘rickismom’.

Terri
I am the mother of three, wife of one. I am a Partners in Policymaking graduate and a committed disability advocate. I want to catch up on my scrapbooking, learn more about art-journaling, get my house in order, read all the books I have set aside to read and change the world--not necessarily in that order. The opinions in this blog are my own and not those of any of employers. 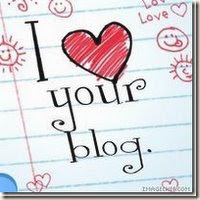